Parenting From the Sidelines: The Good, Bad and the Ugly 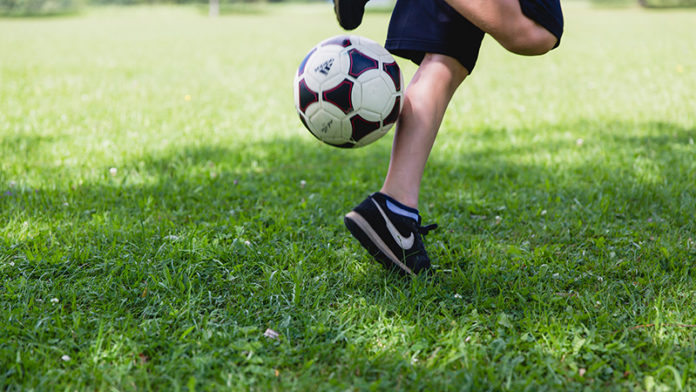 Find out what Ann Arbor area coaches and parents have to say about this controversial topic.

Any sports parent knows this scene well: you’re in the stands or on the sidelines watching your kid play her heart out, but you’re also listening to the other parents offering a little ametuer “coaching” from their seats. It ranges from the good – like cheering for a goal or shouting out “nice hustle!” – to the less-than-encouraging.

In extreme cases, it can get ugly, too: harsh criticism directed at other people’s kids, insulting referees and even altercations with coaches. It’s a classic case of parents behaving badly, and many parents don’t even realize they’re doing it. From a coaching perspective, though, the effects are clear. “Even at the younger levels, when parents yell – even if it’s a ‘go get the ball’ and they’re not even really yelling – the kid freezes up,” says Seth Dodson, Ann Arbor Rec and Ed team sports manager, who has previously coached competitive high school basketball and his own kids’ sports teams. “They hear their dad or their mom and we’ve noticed that (they freeze). A dad screams and the kids all stop.”

‘Let the coach be the voice’

That’s the opposite of what parents intend to happen, but it’s one of many reasons moms and dads are encouraged to step back and allow coaches to do their jobs.

“Let the coach be the voice during the games,” Dodson recommends. “Don’t try to get in the middle of anything.”
That’s a theme that was echoed by those involved in Ann Arbor area youth sports when talking about sideline parenting. It’s a controversial topic that gets a lot of press, especially when bad parent behavior makes headlines.

Ann Arbor mom Kara Hewett, whose 12-year-old daughter plays soccer, has seen it all: parents calling out their kids for missing a shot or pass, referee-taunting, policing “rough” behavior from the opposing team, and more. “Just a couple of weeks ago a player on our team was pushed down by an opponent,” she explains. “The girl apologized and the parent got mad and told her daughter to not apologize and said ‘don’t talk to us.’”

Hewett says her daughter’s soccer club reminds parents to serve as positive examples, to be respectful and to avoid arguments with refs. “I always simply offer positive encouragement during games and leave any constructive criticism for the drive home,” she says. “It is the coach’s role to provide that constructive criticism or feedback to the players.”

For most of us, slightly overzealous sideline criticism – the “you should’ve had that!” sort of comment – is as bad as it gets. Ann Arbor tends to be a friendly place, after all, and coaches and parents agree that camaraderie among team families is strong. “We really do have a phenomenal set of parents,” Dodson says. “I’d say 98 percent of our parents are so supportive of their teams.”

Unfortunately, those who don’t fall into that category can cast a long shadow. When parents aggressively “coach” from the sidelines, players are often left distracted or even conflicted on how to manage a play. “When a parent’s talking to their kid, the player is not listening to what I’m trying to instruct them to do,” he says. “The coach then becomes secondary and the kids are looking in the stands to hear what mom or dad thinks should happen.”

Too much parental input can put undue pressure on young athletes, leading to burnout. “When a parent is more invested than the child in that activity, as soon as there’s a chance for that player to get out of playing the sport, they’re going to do just that.”

Ultimately, this behavior can lead to fewer coaches willing to get involved.

“A lot of times the coach says, ‘I’m not dealing with this; I quit.’ People don’t necessarily want to coach when you’re dealing with that,” Dodson says.

All in good fun

So what can parents do instead? If they feel strongly about offering feedback to their young athlete, they can save those conversations for the car on the way home.

“I think the most important thing is to really let the child play. Let them have fun, let them enjoy the sport,” Dodson says. “Let the coach coach, and be positive.”

Though it can be tough to remember in competitive sports, it’s not all about winning. As Dodson once told a parent, his job wasn’t to prepare that student for a spot on a certain high school team. “I said my job is to make sure that the coach is instructing the kids so that in 20 years that kid is still loving the sport that they were taught at Rec and Ed,” he says. “And when they have kids, that they will want to coach their kid, paying it forward.”

Parents can also feel free to clap and cheer as a positive way to encourage their player – and, preferably, their teammates and even the opposing team.

“We want it to be encouraging and supporting instead of instruction,” says Leigh Rumbold, director of coaching for the Saline Area Soccer Association. “Some people can get a little over excited – we’re not playing for the World Cup here – but I’ve seen cases where teams have praised the other teams as well for good play, which is excellent to see. The overall goal is to improve kids’ development. Sometimes praising the other team speaks volumes for your own team.”

Just as negative feedback can weigh kids down, “encouragement that’s positive, can lift them up.”

Even though Saline FC is part of a travel soccer league, the more competitive atmosphere doesn’t grant parents a pass for critical sideline behavior. “Sometimes we need to recognize that they’re kids and they’re trying to learn the game,” says Rumbold, who coached in England before coming to coach in the U.S. six years ago. “The game’s all about decision-making and sometimes in order to improve they’ll need to make the wrong decision and learn from it to next time make the right decision.”

The focus is more on developing the player, he says. “Ultimately we’re all here to set a good example for the players,” he says. “We do want to win, but everybody’s a human being at the end of the day.”