Izzy Johnson was trying out for the tennis team the summer before their freshman year when they realized something was wrong. One week of missed school turned into two and soon they were in the hospital with a diagnosis of Crohn’s disease and Ulcerative Colitis.

After multiple surgical procedures throughout high school they finally settled into a sense of normalcy in college.

“Even though I was still restricted in what I could eat I didn’t care because I was having a little bit of normalcy in a sense,” Johnson said.  “I could function enough to do what I had to do to finish my degree.”

During that time in college, Johnson discovered a passion for writing. They enjoyed both creative writing and songwriting. Being able to express themselves through writing was a transformative experience for Johnson because it gave them an outlet. They found another outlet in the form of music.

“With my high school graduation money, I went downtown to this guitar shop in Ann Arbor,” Johnson said. “I bought a guitar and had a friend teach me a couple of chords. I became obsessed with guitar, and playing the guitar and writing my own material. That has kind of just stuck with me to this day.”

Throughout the ups and downs of Johnson’s journey with Inflammatory Bowel Disease (IBD) in addition to Ulcerative Colitis and Crohn’s Disease, they continued to express themselves through writing, music and another passion: art.

“At one point it got to the point where I couldn’t walk my dog or really leave the house,” Johnson said. “My quality of life was going down and I was in a really, really bad place. I was in such a limited body. But, in the world of creation anything is possible. There’s no limitations on art. As long as I could move a finger, I could make art.”

At 33, Johnson has settled into a more stable lifestyle with less frequent medical visits and a more flexible diet, although they still avoid gluten. Reflecting, on their medical journey so far one thing they wish they could have had was a sense of community.

“It’s just so important to have people who you can relate to and people who you can talk openly to about the gnarly existence of having this illness,” Johnson said. “It’s too traumatizing not to talk about it with other people in the same condition.”

So, Johnson created ENTRAILS MAGAZINE. They aim to create a forum for people with IBD to share art, writing and other creative works with the world in the form of a magazine. Johnson aims to both foster a sense of community for people with IBD, as well as to educate the greater public about IBD.

“It’s something I wish I had when I was in high school,” Johnson said. “And I think there’s also just a lack of general understanding about IBD because we can’t really talk about it. Nobody wants to hear about what goes on in the bathroom, that your stomach hurts, that you’re nauseous, or that you’re in the hospital.”

Johnson has many goals with ENTRAILS MAGAZINE. They would like to make it an annual publication that appears in bookstores and hospitals. Further in the future, Johnson is also interested in creating a retreat up north for people with IBD to explore their creative side. They are also hoping to employ people with IBD at Entrails in the future.

Currently, Johnson has collected about a dozen entries for the upcoming edition. However, they would like about two dozen more entries. Submissions can be made at https://www.entrailsmagazine.com/submit. 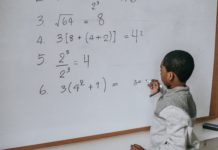 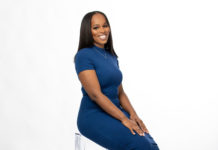 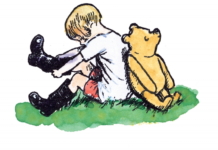