Bakehouse 46 recently opened in October and offers sweet treats as well as substantial “sammies” (British slang for sandwiches) in its family-friendly location in downtown Ann Arbor.

We recently tried its scrumptious fare and also interviewed Retail Development Coordinator, Chelsea Smith, who has been with the company for around two years.

“Families love our location because it is where memories are made,” Smith stated. “It is a great place to spend some time with the ones you love. We are also such a large part of making family events special when it comes to our event catering.”

We tried various sammies, a cupcake, and one of their best-selling donuts when visiting. The Club Sammie was unique with the addition of arugula, egg, and ham all stuffed generously in a unique, fresh bagel. Their breakfast sammie was delicious as well.

Their chocolate cupcake was extremely moist, and somehow, their apple pie donut tasted like a combination of the cider mill donut and all-American, homemade apple pie.

“We are most popularly known for our fresh baked gourmet cupcakes,” Smith stated. “We bake and decorate them every single morning!”

Before Bakehouse 46, the Cupcake Station occupied the location.

“Cupcake Station has been around for over 13 years and Blake Farms just celebrated their 75th anniversary,” Smith described. “It seemed like a match made in fresh baked heaven as we decided to enter a partnership.”

It was named Bakehouse 46 because its affiliate, Blake Farms, started in 1946.

All the cupcakes and donuts are offered in a large variety and created fresh each day.  Bake House 46 and its affiliates are also known for their farm-fresh apple cider.

While many people are fans of their donuts and cupcakes, they also offer savory options for your mealtime needs.

“We have hearty made-to-order breakfast sammies that are sure to get you through the day,” she said.

Their coffee options are strong as well. We sampled a mocha as well as a pumpkin spice latte, both of which had a smooth flavor and a pleasant java taste. Their coffee is from White Pine Coffee Roaster, locally roasted, and also fair trade.

“We are excited to announce that we will be opening our next store in Plymouth after the first of the year,” Smith stated. “We are eager to keep growing and will also be opening next in Grosse Pointe and Ferndale.”

Bakehouse 46 currently has locations open in Rochester, Birmingham, and the Ann Arbor store, which can hold around 20 people in its intimate space. 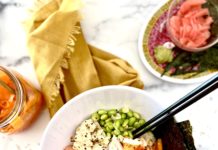 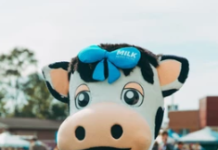 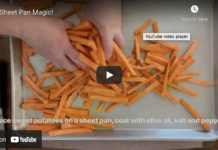