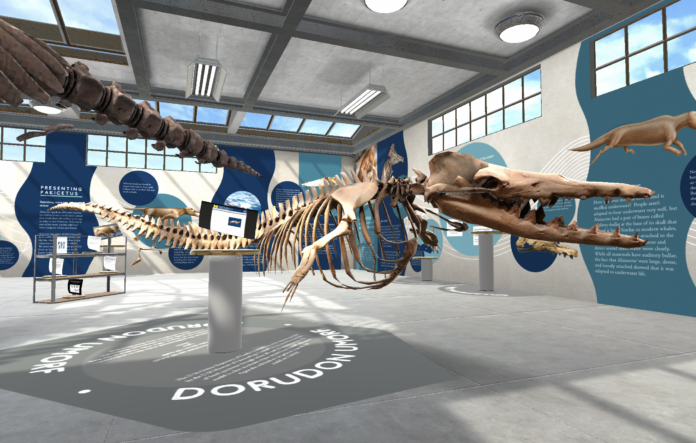 Since the start of the pandemic, the staff at the University of Michigan Museum of Natural History (UMMNH) have been developing and testing innovative ways to engage patrons, educators, and students from home. Unfortunately, the community will have to wait a little longer to visit the museum in-person, but a new online, 3D experience will launch this week to keep everyone entertained.

“Whale Evolution: From Land to Sea” is an immersive exploration of the unusual evolution and adaptation of whales, whose ancient ancestors actually walked on land. The exhibit, developed in partnership with the Ann Arbor-based Saganworks, invites audience members to learn more about Maiacetus, Dorudon, and Basilosaurus, three prehistoric whales whose skeletons are on view at the museum. 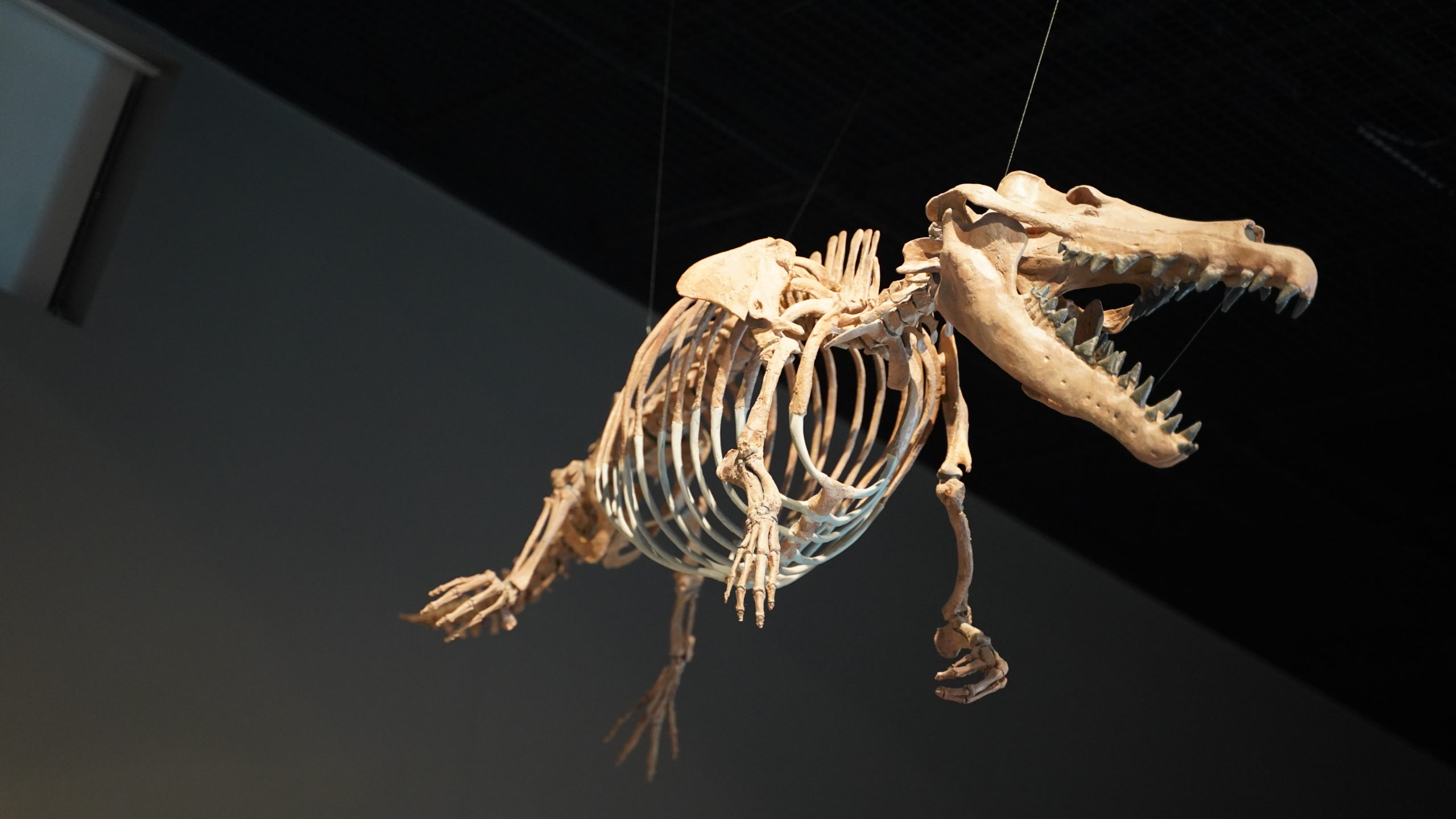 “We’re proud of this presentation because it uniquely brings together information and images that are scattered around our physical museum as well as digital content that is not easily accessible,” said Amy Harris director of the UMMNH. “For the first time, visitors will have an opportunity to have a close encounter with one of the prehistoric whale skeletons displayed far overhead in our entrance atrium.”

Though the virtual room looks like it could be an actual gallery in a museum, it is an entirely original layout and design. Viewers can enter and walk around using on-screen joysticks — an experience that those who play video games with open-world exploration will recognize. They will soon find that they are able to move in, around, and through the three whale skeletons that serve as focal points in the center of the virtual space. 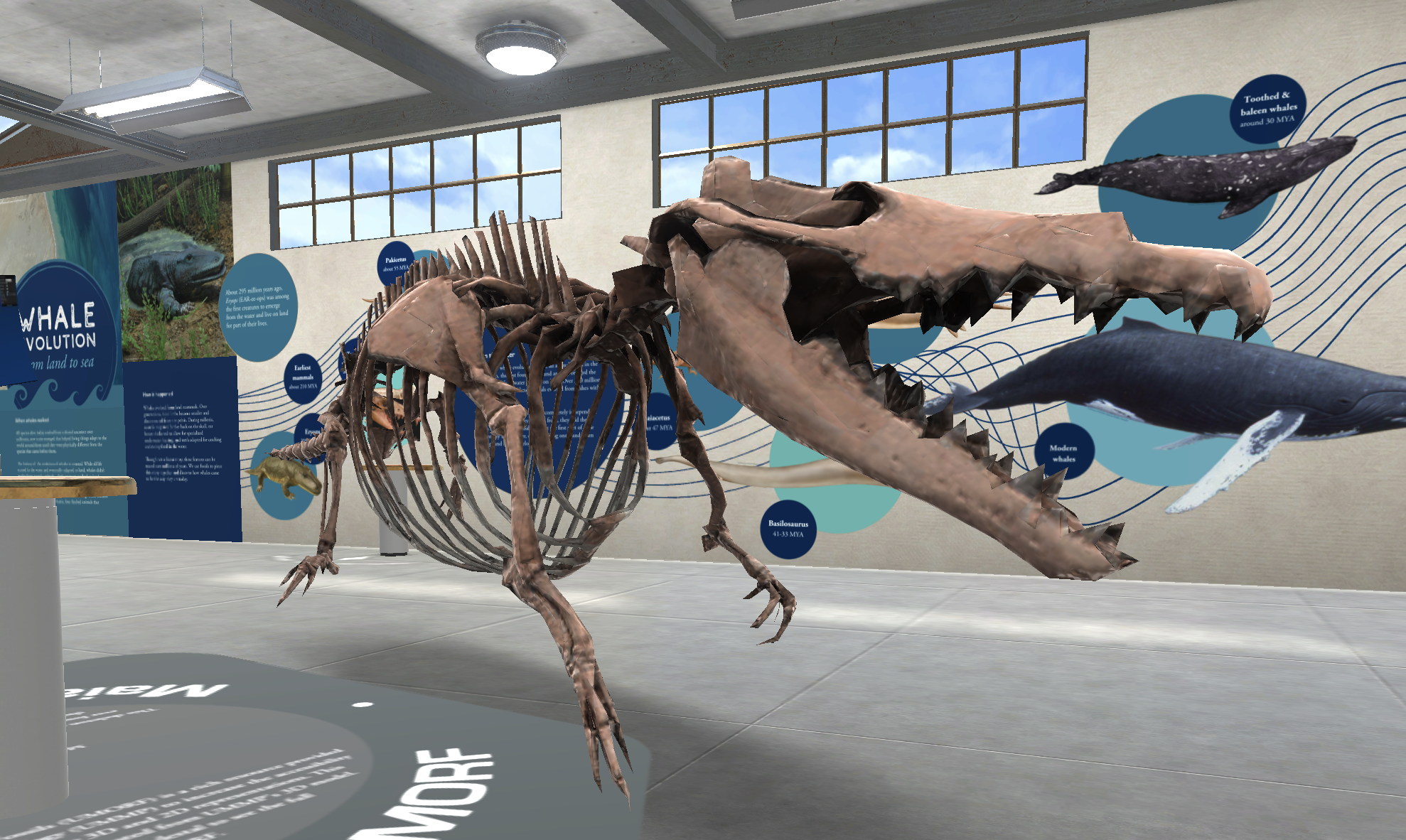 By hovering over and clicking on specimens and photos, viewers can read didactic materials and watch videos of University of Michigan researchers discussing the material in view. There
is a video that demonstrates how fossils are cast, and a bookshelf for homework and supplemental materials when the exhibit is used as part of a course curriculum.

“One thing that I felt very strongly about is that I did not want to re-create the in-person experience at the museum,” said Melissa Westlake, UMMNH assistant director for exhibits. “360-degree videos and virtual tours have become the norm over the past year, but I was invested in creating something new for our audiences that will outlive the pandemic and offer a great resource as an extension of our physical space, instead of a replication.”

In addition to preparing the materials and working with Saganworks to design the virtual space, Westlake and the UMMNH exhibits department collaborated with Museums Victoria in Australia to add a Pygmy Right Whale skeleton scan to the two 3D models that were provided by the University of Michigan Museum of Paleontology’s Online Repository of Fossils. 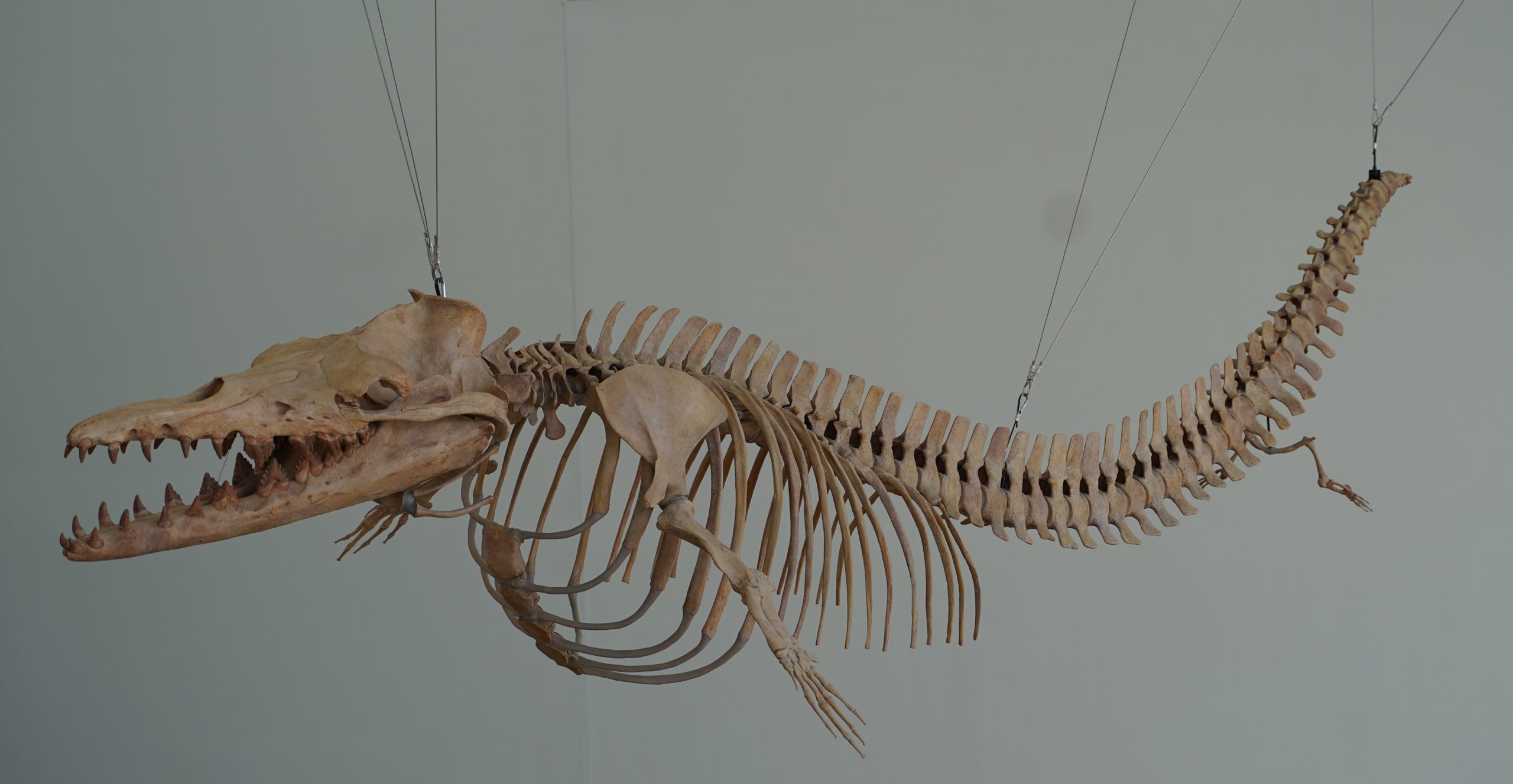 The UM Museum of Paleontology — one of the four museums that showcase its collections at the UMMNH — launched its online fossil repository in 2014. Their aim was to provide access to detailed 2D and 3D scans of specimens from their collection to students and researchers around the world. Adam Rountrey, the developer of the online repository’s interface and museum collections manager, says that the 3D models in the new exhibit are reduced-resolution versions of their more detailed models that were created with photogrammetry, a technique using hundreds of photos taken from many angles to generate a 3D model.

According to Westlake, the museum is already working with several UM faculty members to integrate the exhibit into their own curricula, as well as teachers at Ann Arbor Public Schools who will introduce it into the coursework of their 7th-grade classes. 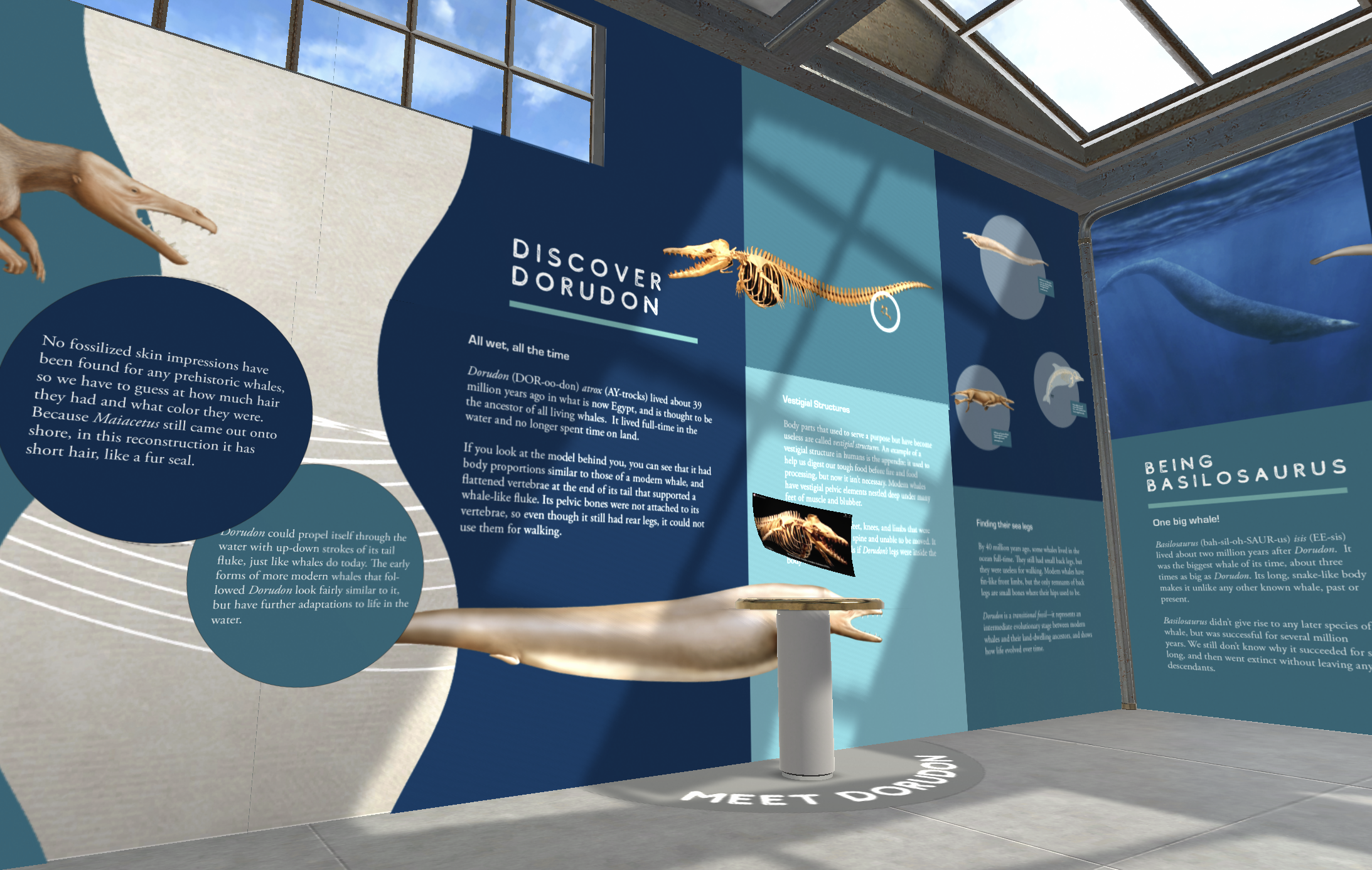 Since March 2020, the UMMNH has developed several ways to experience the museum from home, including its Museum@Home web platform, Virtual Field Trips, Virtual Planetarium Shows, and Virtual Camp.

Click here to check out Whale Evolution: From Land to Sea. 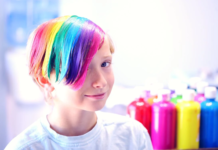