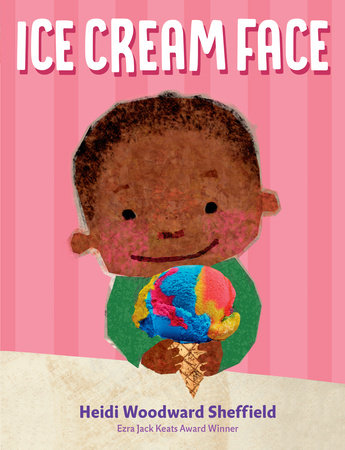 She loves it so much that she wrote and drew a book about it called Ice Cream Face (Nancy Paulsen Books $17.99), which is her third children’s book. The Ezra Jack Keats Award-winning author will sign copies of Ice Cream Face at Nicola’s Books, located at 2513 Jackson Ave. in the Westgate Shopping Center in Ann Arbor, on Saturday, July 9, at 11 a.m.

“The idea struck me at an ice cream shop as I noticed the many different types of people surrounding me, enjoying this sweet treat. Then I raced home to scribble it down in my sketchbook – the idea of ice cream faces in every shape, size, plus some simple, sloppy sketches of different ice creams from multi-scooped towers to swirl cones,” recalled Sheffield, an alumna of the University of Michigan in Ann Arbor and the College for Creative Studies in Detroit.

The book’s plot is about the little boy impatiently waiting in line for his ice cream, getting jealous of those ahead of him who already have theirs. When he finally gets his ice cream cone, his mad face melts into something sweet.

“I dove in headlong and collaged a boy enjoying a scoop – a moment of sheer happiness! – which surprisingly became the cover you see now,” said Sheffield. “Usually there are oodles of iterations before a cover is decided upon, but this original illustration conveyed the joy of ice cream best.”

Originally, Sheffield envisioned a different ending for Ice Cream Face that culminated in a tower of ice cream and kids in a tree. However, it veered too far from the initial idea.

“At first, it was hard letting go of my original ending, but the more I considered it, the more I agreed with editor (Nancy Paulsen) and art director (Cecilia Yung),” she said. “Creating books with a publisher is a group effort and I believe working with a team strengthens the end result. (Paulsen and Yung) have been making books far longer than I have, so I appreciate their input greatly.”

Sheffield spoke about her creative process.

“It usually starts with an idea that feels fresh and has a sense of urgency to it. Sometimes, it’s just a few words, or a sketch, or a photograph. But it has a definite shape to it. Occasionally a character reveals themselves fully formed, as far as the art goes, and this was the case with our boy in Ice Cream Face,” she explained. “With regard to the words, it might be a stanza or just a phrase. With Brick By Brick, it was an auditory thing. Passing by a construction site one day, I saw a man picking up a cinder block for the house he was building, then I saw him pause, silhouetted in the window, in a powerful stance. I heard a small boy’s voice, ‘Mi Papi es fuerte. My Papi is strong. He’s a bricklayer. His arms are like stone…’ and Brick By Brick was born.”

Brick By Brick is now a part of singer/actress/philanthropist Dolly Parton’s Imagination Library.

“I’m so honored to be a part of Dolly’s Imagination Library, which gives a book much more reach than it normally has,” she said. “I’m incredibly happy Brick By Brick is getting to kids who will benefit most.”

It also won the Keats Award. According to Sheffield, Keats’ 1962 award-winning children’s book The Snowy Day had a profound influence on her.

“I’m still pinching myself!” she said. “The Snowy Day was my favorite book growing up. Keats was an amazing collage artist, but – more importantly – a wonderful human being who believed that every child should see themselves in the books they read. With every book I create, I pay homage to this vision.”

“It’s always wonderful debuting a book at Nicola’s and celebrating with the Ann Arbor community, which embraces books of every kind,” she said. “I want to thank Nicola’s for sponsoring this event.” 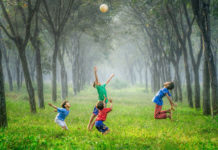 Clonlara Makes a Series of Major Changes This Year 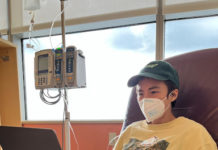 Local artist creates outlet for those living with IBD 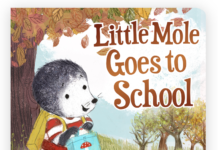 Get in on The Wolverine's Kids Club app for Michig

Summer isn't over quite yet! ⛳️ Get your wee

THE RESULTS ARE IN!! ✨🥳🏆 The people have