The Ann Arbor Summer Festival announces a free virtual concert series on #GivingTuesday. Come check out the line up of great performers!

The Ann Arbor Summer Festival (A2SF) has announced that they will be hosting a free virtual concert series on #GivingTuesday (Tuesday, December 1) over their social media channels.

“Since this year has been so difficult for so many people, we wanted to rethink how we approach our annual #GivingTuesday campaign,” said Development Director Heather Steenrod. “We want to give the gift of music to our community who has faced the absence of live event experiences.”

A cellist and vocalist, Jordan Hamilton merges musical styles to tell stories of the human experience through a variety of musical genres. As a member of Last Gasp Collective and the Southwest Michigan Symphony Orchestra, Jordan can be found performing primarily in the Midwest where he has opened for national acts such as Eric Roberson and Nappy Roots. Hismost recent release, “My Thoughts are,” is a compilation of thoughts that express themselves in hip-hop, folk, and soul music.

Sabbatical Bob is a hard-hitting, high energy, funk outfit from southern Michigan that authentically blends traditional funk with elements of jazz and rock designed to provide a highly danceable and entertaining performance experience. THeir sound is shaped by artists such as James Brown, Earth, Win, and Fire, Price, and Lettuce.

In addition to providing free concerts, A2SF is hoping to raise $18,000 to help strengthen and sustain the Festival as we move into 2021. Audience members can donate any amount to the festival by visiting the A2SF website. 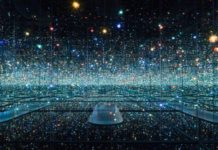 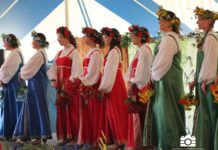 Astronomicon 4 Comes to Ann Arbor for Weekend of Pop Culture