Anyone who knows Keely and Ross Bosn would tell you they definitely aren’t afraid of a challenge. Since 2010, the Bosns have juggled two careers in the military (including deployments for each— two for Keely), two biological children, and two years each at the rigorous University of Michigan Ross School of Business. Through it all, the couple has proven they can shine under doubly arduous circumstances. So, in 2015, after deciding to pursue their dream of international adoption, it was only fitting the Bosns were matched not only with one child, but two.

An adopted child herself, Keely knew from a young age she’d want to someday adopt. Since the couple met in 2008, Ross has been supportive in fostering that dream.

Fast-forward to 2016, with Ross nearly done with his MBA program and Keely finished with her military service: stability was finally in sight, and the couple decided the time was right. They contacted an agency in Virginia, specializing in adoptions from India.

The beginning of a beautiful process

The process began with a home study and paperwork, including a two-page document outlining medical needs the couple were open to taking on.

“For us, we left it pretty open. India will only adopt children ages 0 to 5 with special needs to the United States, so we knew that was something we could expect,” said Keely Bosn.

But when a match came through for not just one child, but twins, one of whom was special needs, the Bosns didn’t think twice.

“They were left in a little cradle under a streetlamp,” Keely said. “Both were premature, but estimated to be about 2 weeks old. Bonnie weighed only 3.5 pounds, and Blake just 2.5 pounds.” Blake was also diagnosed with Klinefelter’s Syndrome, a rare genetic disorder that can lead to cognitive delays.

After a two-year adoption process, the Bosns traveled to India in September 2017 to meet their children and bring them home— just as Keely was beginning her first semester at the Ross School of Business.

In dealing with Blake’s special needs, the Bosns feel especially lucky to live close to the University of Michigan Mott’s Children’s Clinic, which boasts a nationally ranked DSD (Disorders of Sex Development) program. The Bosns also attend church with one of the clinic’s surgeons.

“It was incredibly helpful to speak with him (the Mott clinician)— even before we brought Blake home— about what to expect, and our best chances for helping him (Blake) thrive,” Keely said.
The Bosns have also found support through Hands Across the Water, a local adoption and foster care support group in Pittsfield Township.

“Bonnie and Blake are adjusting really well,” Ross said. “There hasn’t really been any huge breakthrough or event…but it’s been little baby steps along the way that have just assured us that they’re really doing well and bonding with us.”

The Bosns also said they feel lucky to be in Ann Arbor, as it’s a perfect place to raise their diverse family.

“We have two neighbors that moved in recently that are both from India,” Keely said. “Our other neighbor across the street is from Sri Lanka. Being in a place that’s so inclusive and welcoming, and where our kids can always feel comfortable and grow up around people that look like them, is such a wonderful thing.” 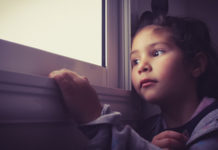 The struggle to accommodate children with IEPs and 504s 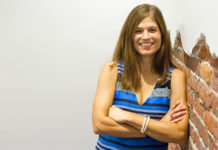 A Community Culture of Advocacy 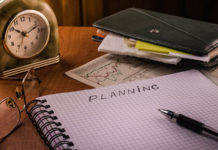 Secure Your Child’s Future With A Special Needs Trust 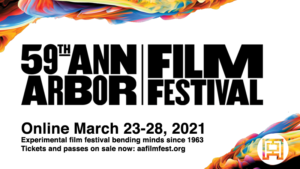