Anne Baldwin, who lives in Clarkston, Michigan, is multifaceted. She is a kindergarten aid at an elementary school, the mother of two boys who are ten and seven years old, and a pageant queen.

About a year ago, on a whim, Baldwin decided to compete in a pageant for Mrs. Michigan America, and she ended up winning. Now, Baldwin is using her title to change the way that we view children who are neurodivergent; she has written a book called, What Makes Me…Me, which is based on her own son, who has Attention Deficit/Hyperactivity Disorder (ADHD), Obsessive Compulsive Disorder, and Tourette Syndrome.

For seven years, Baldwin was a stay at home mother. During that time she searched for books that would speak to her son Levi’s experience with neurodivergence. Although Baldwin was able to find several children’s books which focused on Tourette Syndrome or Obsessive Compulsive Disorder, she felt that some of the books were too wordy or above kids’ heads.

Baldwin wanted to create a book for kids that was easy to understand, that would also facilitate conversations and teach the reader, yet not preach specific messaging (since being neurodivergent is different for every child).

Baldwin’s book, What Makes Me…Me centers around the idea that everyone’s brain makes them special and unique. Baldwin wants children to understand that their brains are their super powers, no matter how “different” the world deems them to be. She wanted to create more representation for kids like her son in the community and classroom.

Baldwin said about her book, that, “All kids who are misrepresented need recognition because it helps fix hatred and unkindness.”

Upon reading it, I can confirm that Baldwin’s book is easy to understand and kid-friendly. What Makes Me…Me is written in sing-song type language, with a lot of rhymes. The rhythmic language of the book makes it a pleasure to read aloud. The illustrations are also fabulous. Baldwin worked with an illustrator at QBN Studios, who helped make the illustrations interesting and realistic for kids. Baldwin says that her own son loves the book, and that it has started great conversations with friends and allowed him to be even more open about being neurodivergent.

If your child presents any symptoms of neurodivergence, no need to keep it a secret or feel ashamed by it.  It is something to honor as everyone’s brain is different and special in its own way.

Baldwin’s book is available for purchase HERE. For every book purchased there will be two books donated. Baldwin has already sent 200 books to women involved in pageants for Little Free Libraries, and she has donated around 500 books in total.

More information about Obsessive Compulsive Disorder can be found on the National Institute of Mental Health’s website.

Information on Attention Deficit/Hyperactivity Disorder can be found here at the Center for Disease Control and Prevention. 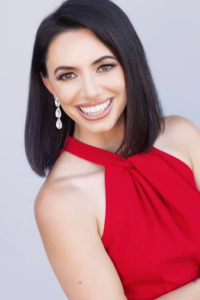 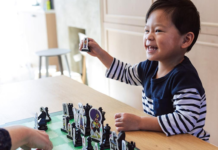 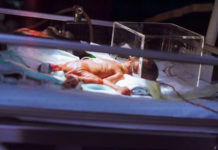 How to Help a NICU Family 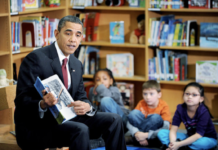