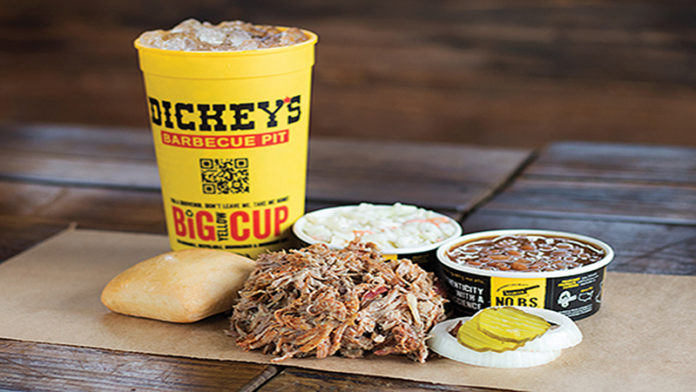 On a cold, snowy Saturday our family stopped into the new Dickey’s Barbecue Pit, nestled in one of the many strip malls located along Washtenaw Avenue in Ann Arbor. A fast-casual chain that began in Texas in 1941, Dickey’s offers families an alternative to the usual staples of burgers, tacos and salads. The Ann Arbor location opened this past October and from the looks of the steady traffic on the day we were visiting, it is already gaining a local following.

The number of menu options that Dickey’s provided was surprising— we had no idea there were so many ways to serve barbecued meat! We recommend studying the menu before you arrive which will cut down on overall order time.

The most basic options were the meat plates. We tried smoked sausage, smoked brisket and pulled pork, and each came with two sides and a roll. Hot, juicy, flavorful and deliciously smoky, the smoked sausage was the meat standout for our whole family. The brisket had chewy-burnt ends that were delightful. Bonus tip: ask the meat station to serve you up straight from the warming drawer— some of the meats were a bit cold after sitting out on the cutting board.

Dickey’s offers three tomato-based sauces at a self-serve counter: original, spicy and sweet. Each sauce was a great complement to the meats and we loved that the sauces are served hot so they don’t cool your meat.

We were pleased with the variety of side dish offerings at Dickey’s. The creamed spinach was creamy, rich and delightfully unhealthy. The mac and cheese was the kids’ favorite— so much so that we had to order a second order after the first one was gobbled up. The green beans were the adults’ favorite option, with a rich bacon flavor and a pleasing freshness.

Dickey’s also offers barbecue meats in sandwich, taco and slider format. But we found ourselves preferring the simple meat plate presentation, where we could really taste the meat, to these other options. While we loved the creamed spinach as a side dish, we found it to be overwhelming in the chicken spinach taco. We also found the bread-to-meat ratio of the sliders didn’t allow the barbecue meats to shine. Dickey’s offers a number of soft drinks as well as a house tea, sweetened or unsweetened. 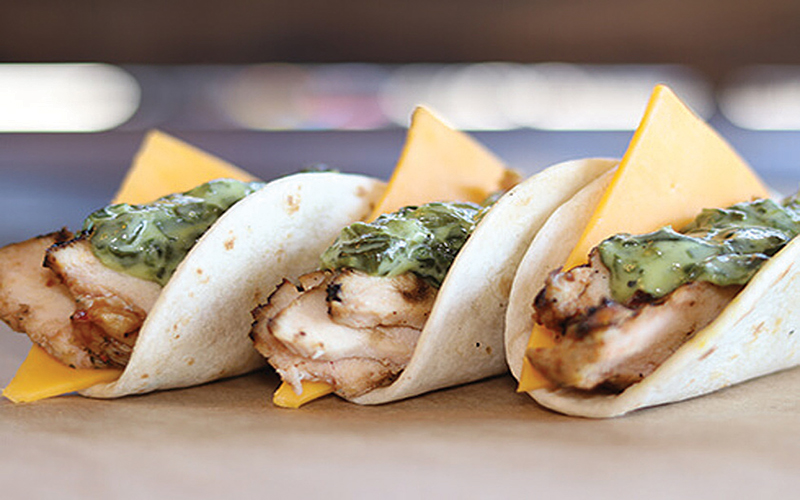 Dickey’s offered a number of family-friendly features that make eating there easy (which we expect from fast casual) and enjoyable (sometimes lacking from fast casual). First up, kids eat free every Sunday! Second, you can sample any of the meats from the counter and avoid spending money on something the kids may reject at first bite. And finally, and most importantly, Dickey’s offers free, all-you-can-eat self-serve ice cream. Our kids enjoyed this feature immensely and, who are we kidding, we adults did as well! Bottomless ice cream plus the several large TVs showing the Michigan basketball game extended our visit by as much as 30 minutes. We think this makes Dickey’s a good choice if you have several families looking for an extended meal opportunity. 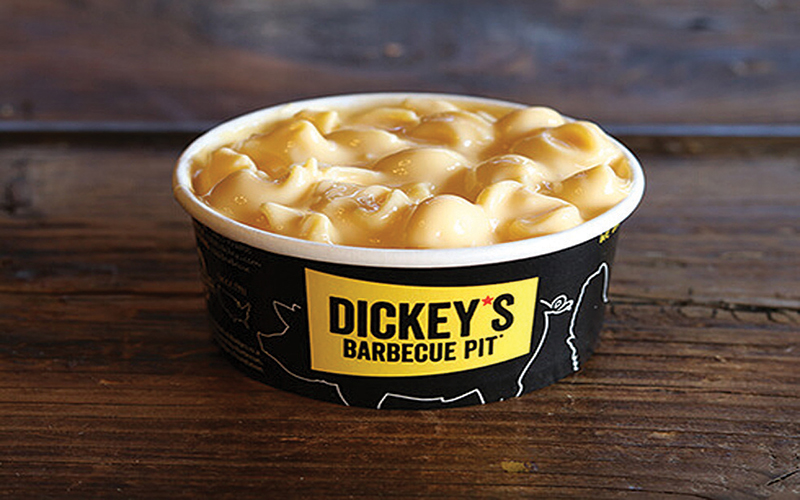 Kid-friendly: Yes
To avoid wait: Go for an early lunch
Noise level: Medium
Bathroom amenities: Changing table in women’s restroom
High chairs? Yes
Got milk? No
Kids’ menu? Yes
Anything healthy for kids? Not the place for that.
Food allergy concerns? Allergen info available upon request, but menu is fixed. 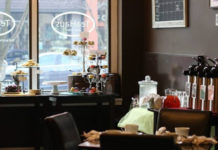 Five Minutes of Tea (and Calm) for Your Family: A Chat with TeaHaus 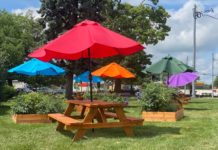 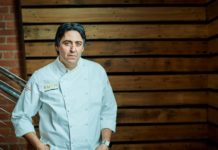