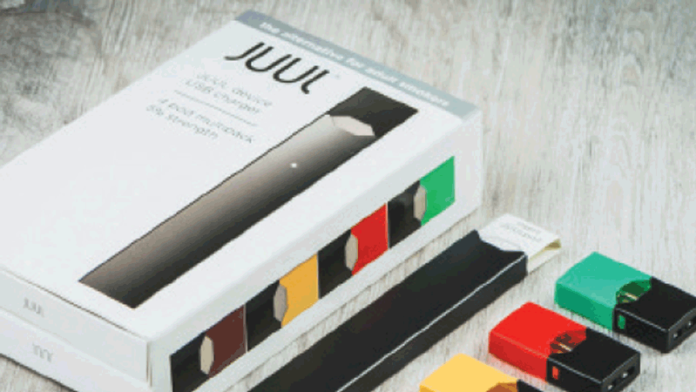 Vaping has been on the market for more than a decade, yet since 2015 Juul has become the most popular e-cigarette in the United States. Last December, the founders of Juul accepted a $12.8 billion cash investment from Altria, one of the nation’s largest cigarette makers, for a 35 percent stake. Now, according to Forbes, the company is valued at $38 billion. Because of its sleek, high tech design and sweet pod flavors, Juul has also skyrocketed in popularity among teenagers. With low vapor production and a more subtle scent than most e-cigarettes, it can be easily concealed, thereby making it harder to detect at home, school, or public places.

“Most adolescents who vape have no idea whether or not the products that they are using contain nicotine,” says Dr. Terrill Bravender, Division Director of Adolescent Medicine at the University of Michigan Department of Pediatrics. “I had one recent patient tell me that she started vaping and then became ‘obsessed’ with it. She felt compelled to use her vape pen regularly throughout the day and was shocked when I told her that this was probably because she was addicted to nicotine.”

It is not difficult to understand how kids would be attracted to vaping. As we live in a highly addictive society where constant stimulation is the norm, children seek instant gratification in the form of eating, gum chewing, talking, texting, online social media, and the like. Sucking on an e-cigarette is both stimulating (from the nicotine content) and soothing. A high school senior reported that, “To some people it’s like a baby pacifier and they freak out when it’s not near.”

Dr. Sharon Swindell, President of the Michigan Chapter of the American Academy of Pediatrics (MIAPP) says that pediatricians are seeing striking increases in vaping use by both high school and middle school students. “The rate of uptake of vaping is rapidly outpacing the ability to study its effects, but research is showing that nicotine vaping devices, such as JUUL, are associated with future increases in cigarette smoking in teens,” she says. “Thanks to these devices, we are producing a new generation of nicotine addicts and we risk erasing decades of efforts to reduce teen smoking and nicotine addiction.”

Although vaping was initially marketed as a smoking cessation alternative, it is quickly becoming another vehicle for nicotine addiction. In fact, Juul provides twice the nicotine content compared to other e-cigarettes. Each pod contains 59 milligrams of nicotine per milliliter of liquid which is three times the nicotine levels permitted in European Union, so it cannot be marketed there.

Dr. Swindell added that, “Vaping products are marketed as a smoking cessation device. This simply is not the case with teens–in which vaping products are a nicotine initiation and powerful addiction device. The JUUL USB flash drive-like design and flavors (mango, cucumber, fruit, crème) provided are highly attractive to youth. Ultimately, the marketing is designed to generate profit and addicted young users provide a powerful long term customer base.”

Juul’s widespread use by youth has been the catalyst for multiple investigations by the Food and Drug Administration. Even though the long-term health impacts of vaping are still unknown, a recent case study published in Pediatrics suggests that there are significant risks to adolescents. Chemicals in e-cigarettes can cause “wet lung”, or hypersensitivity pneumonitis, which may lead to respiratory failure and the need to use a breathing machine until the lungs can recover.

Doctors and health officials are also worried about the effects of nicotine addiction on the development of brain and body function. Scott Gottlieb, the former head of the FDA, reiterates that “the nicotine in these products can rewire an adolescent’s brain, leading to years of addiction.” Last April, Gottlieb announced that the FDA is targeting retailers that illegally sell e-cigarette products to minors and they have asked e-cigarette companies to provide data about their marketing practices, particularly toward youth.

Even though they admit it was a mistake, Juul founders declare that they initially marketed to kids via Instagram and social media promotion. Yet the manufacturers have been persistent in profit seeking. While government agencies warned about an e-cigarette epidemic among teens, Juul continued to generate its popular fruit-flavored e-liquid pods, which have a notoriously high concentration of nicotine.

Last summer the FDA delayed a compliance deadline for the relations of e-cigarette products to 2022 which gives the industry more time to prove their products are safer alternatives to traditional cigarettes and that they were not significantly targeting minors. The FDA says it will continue to regulate Juul and other e-cigarette companies ahead of the deadline, but a lot of damage has already been done.

“The Michigan Chapter of the American Academy of Pediatrics (MIAAP) is working at the state level to advocate for policy and legislation change to curb teen vaping,” says Dr. Swindell. “We advocate for raising the age of use 21 (along with all tobacco products). Nicotine-containing vaping products should absolutely be regulated as tobacco products.”

Education is the key for both parents and educators. The Surgeon General reports that in the 44 years that substance abuse has been tracked, vaping saw the largest one year spike of any kind, with nearly one third of 12th graders reporting the use of a vaping device in the past year.

Even though kids are notoriously inventive when trying to hide their vaping habit, parents, teachers, and caregivers can recognize signs and symptoms. Increased thirst, a desire for flavor, and nosebleeds top the list as the process of vaping is dehydrating. Parents may discover unfamiliar USB drives or charging ports as the batteries in most vaping devices typically last two hours, so they need to be charged regularly. In addition, kids may inadvertently toss organic cotton balls, metallic wires, atomizers, or empty Juul pods which are all dead giveaways.

Of course, the best thing parents can do to help their kids remain tobacco free is to set a positive example at home, but it is also important for parents to find the time to talk with their kids about vaping. Researching together online can be especially helpful when teaching kids about the monetary and health-related costs behind nicotine addiction.

The one thing teens crave the most is independence. When they get addicted to a substance or behavior, they may not realize that they lose their freedom of choice. Perhaps explaining that risk might be the most persuasive way parents can encourage their kids to make wiser, healthier decisions. 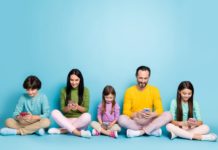 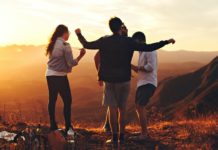 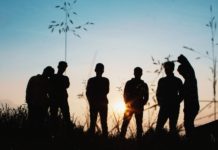