Hero Nation ‘Presents” is providing a platform for children to talk about how comics and video games have improved their literacy, self-esteem, and creativity.

What does it mean to be a hero? More importantly, how can you become a hero? Hero Nation, a local non-profit organization, uses superheroes, comic books, and video games to help children find the answer within themselves. On October 10, at 2pm, Hero Nation will be hosting Hero Nation ‘Presents’, an opportunity to hear personal and inspirational stories from young people and artists about discovering strength, agency, and community through comic books and video game culture.

“Hero Nation ‘Presents’ will give us the opportunity to tell our story and mission through the voices of young people,” said Jermaine Dickerson, founder and executive director. “We want all who’s watching to be inspired to engage directly with the question: ‘What does it mean to be a hero?’”

Her Nation ‘Presents’ will be divided into two parts. The first part will be a conversation with three young people, Aaliyah Shakur (8), Darrel Shakur (10), Destiny Houge (13), as they discuss the impact nerd culture has had on their literacy, self-esteem, and creativity.

“I’ve always been into anime, and it has even inspired my own artistry,” Houge said. “When I was approached by Hero Nation to be a part of this project, I was excited and it felt like a fun way to share my story and represent for those who look like me.”

“The kids on our roster are very passionate, talented and powerful young people,” Dickerson said. “From artists to future change makers, the youth we’ve chosen to highlight are special in so many ways. I believe giving them the platform to share their story and perspective will allow the world to see just how resilient they are.”

It will conclude with the introduction of the Creator Alliance, a new Hero Nation program for comic creators that is set to launch in 2021. The inaugural group of creators will include Dorphise Jean, Greg Elysée, John Robinson IV, and Ed Williams. This group will share their own experiences and perspectives about the value of the creative process, especially in times of unrest, insecurity and instability, during a panel discussion at Hero Nation ‘Presents’.

Hero Nation launched its first initiative in September of 2017, Hero Nation Comic-Con. The event welcomed more than 100 attendees and almost 40 vendors. The organization had planned on reviving the comic-con for 2020, but chose to postpone to next fall due to the COVID-19 pandemic.

Tune in to Hero Nation’s Facebook Watch Party on Saturday, October 10 at 2pm for the special premiere of Hero Nation ‘Presents’. 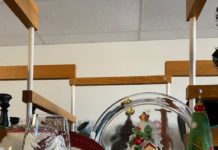 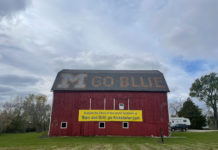