Human Trafficking and related issues might be taboo subjects or uncomfortable subject matter for some parents to discuss with the entire family.  But parents and youth should be aware of the dangers that lurk both in-person and online to protect their family and community members.

Brought to greater awareness with the Jeffrey Epstein sex trafficking ring, experts agree that trafficking is much more pervasive than reported cases. The popular HBO series “Euphoria” is said to depict some of the criminal activity that occurs in an association, such as drug use, rape, grooming, and social media’s role.

According to the United National Office on Drugs and Crime report, 71 percent of those trafficked are women and girls, and almost one-third are children.

One of the critical aspects Lieutenant Brian Oleksyk stressed was for parents to maintain honest, open, and available communication channels with all family members.

“Keep an open dialogue with your kids,” Oleksyk outlined.  “The trend we see generally starts with the ‘grooming’ process, a process to slowly acclimate an individual to a certain behavioral expectation. Generally speaking, we see a vast majority of victims that are female, so we tend to see the ‘boyfriend’ situation in which a male will become the female’s boyfriend first before the manipulation starts.”

Pettey agreed that communication is vital for everyone.

“Talk to your children, parents, extended family, and friends,” Pettey explained. “Human Trafficking should not be taboo. Age-appropriate conversation can be had at every age. Discuss the difference between labor and sex trafficking and how they are different from other crimes. For parents, let your children know that they will make mistakes and that you will still love them, that they can come to you with ugly details. You, too, have made mistakes. This also goes for adults.”

“No one agency, group, or community alone can eliminate human trafficking and meet survivors’ needs,” described Pettey. “We must all take steps to raise awareness about and join the fight against human trafficking. We encourage the public to start with becoming well-informed.”

According to the Polaris Project, one of the most potent myths about human trafficking that people believe is that it is always or is usually a violent crime that involves kidnapping or physically forcing someone. The reality is that most traffickers use psychological means such as tricking, defrauding, manipulating, and threatening victims.

Also, according to the Polaris Project, many people in active sex trafficking situations do not recognize themselves as victims because a trafficker has expertly groomed them to believe they have chosen to participate in commercial sex.

Who is a Target?

“Any person who feels more alienated, alone, embarrassed, afraid or feels they have ‘secrets’ to hide may be more susceptible,” according to Pettey. “It is irrelevant if these beliefs are real or perceived. If the person does not have the support, they are at higher risk.”

According to Siegel, human trafficking can happen anywhere to anyone. Human trafficking victims can be of any age, race, gender identity, sex, ethnicity, nationality, immigration status, and socioeconomic background.

However, children and adults from marginalized communities, including people of color, LGBTQ+, non-citizens, and those experiencing economic hardship or housing instability, are disproportionately affected by trafficking.

In addition, perpetrators often seek out other vulnerable individuals, such as runaway youth and people with drug or alcohol dependency, and this involves the justice or child protection systems.

Not only do significant others or romance interests get teens and even children into these dire situations, but other kinds of personal relationships do as well.

Also, according to the Polaris Project, it is a myth that traffickers target victims they don’t know. In reality, trafficking occurs between romantic partners and even family members, including parents.

“We also see a lot of ‘friending’ into these situations where female friends are getting their friends involved with the acts either as a diversion so they themselves don’t have to do as much work anymore, to make more money, or to simply have someone they trust that can understand their situation,” Oleksyk warned.

Parents are encouraged to take an active part in what is going on with every aspect of their child’s life and always have a safe, listening ear for them.

“Be curious about your children’s friends and their home life/family life,” Oleksyk instructed. “Be involved with their life and engage their interests.”

Social Media and technology usage, such as Facebook and even online video games, are of particular concern because many sex traffickers prey upon their victims in many online situations, such as through chat rooms. Here are some essential technology tips.

Other Warning Signs for Sex Trafficking

What to do if you Suspect Trafficking

First and foremost, make sure you stay safe when reporting or gathering information.

“Never put yourself in danger,” explained Pettey. “Be the best observer you can and obtain as much information as possible while maintaining your safety.”

If someone suspects that someone is being trafficked, Siegel recommends this specific action should be taken.

“Report it to law enforcement right away – sometimes it’s dangerous to tell the parents of the children, especially because those that abuse and harm children the most are often times their own parents,” Oleksyk stated. “So make sure you’re getting an authoritative neutral party involved. Maybe even school counselors, if that’s an option.”

Regarding the pervasiveness of trafficking, Siege said it is difficult to know the true extent of human trafficking as it remains an underreported crime.

The reason the crimes are underreported is varied.

“Traffickers often silence victims by threatening them, their family members, and other loved ones with physical harm,” described Siegel.  “Some victims do not trust that law enforcement and/or the courts will help them.  Some offenders force victims to commit other crimes, such as theft or drug offenses, and victims worry about being arrested and prosecuted.  Victims may fear that people will not believe them.  Some survivors have shared that feeling shame, guilt, and blame prevented them from reaching out.  Other victims might have close relationships with the trafficker.  They may not see themself as a victim until they are separated from the offender, safe, and supported.”

Trafficking is not limited to big cities or urban areas but to every demographic. Some reports that college towns, like Ann Arbor, are more susceptible to trafficking efforts, but larger cities like Detroit have higher numbers.

“Clearly, we are going to see a larger number of cases where the population is denser,” he detailed. “However, victims are everywhere. They are in rural settings, suburban areas, villages – anywhere and everywhere.”

The officer also cited vital statistics for keeping in mind, such as average age.

“According to the National Center for Missing and Exploited Children (NCMEC), the age a child enters into sex trafficking is 16 years old,” the officer cited. “However, our Michigan Missing Children’s Clearinghouse sees this age in Michigan much earlier, as do a lot of other states throughout the nation. One theory for the discrepancy is that by the time a child has their first encounter with law enforcement, they are about 16 years old, but the abuse has been happening for years at that point.”

The amount of time involved is also essential to recognize.

Overall, the best advice is to stay aware and informed.

“Talk to your children; keep an open dialogue,” he reiterated. “Know the signs. Have a vested interest in your children’s friends, activities, et cetera.”

The extent of sex trafficking may not be entirely known.

“Truthfully, we do not know the extent of human trafficking,” the officer admitted. “We know what’s reported to us, and what is available to us in the criminal justice process. However, as long as there is the internet, social media, and various other apps to use, that’ll be the medium used to traffic individuals. It doesn’t erase or negate all the previous methods of trafficking; it just adds another avenue of approach.”

It is important that everyone cares for those involved because it does affect us all as a community.

“Too often, we as a society have discarded those that are seen as a ‘burden’ to us: the ‘junkies’, ‘degenerates’, the prostitutes, the runaways,” he described.  “It’s easy to see them as ‘less’, but they are the victims. No one is born with aspirations to become a victim. The Polaris Project has a great quote: ‘It’s not knowing the signs, it’s knowing the story’ – the best way to help is to pay attention to people you actually know or interact with – students, tenants, children, patients, coworkers, et cetera.”

US Department of State 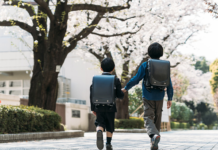 Aug. 15 is Back to School Prep Day: Use these 7 Montessori Tips to Ensure a Smooth Transition for Your Family. 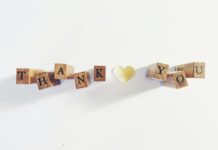 Thank You Notes for Kids 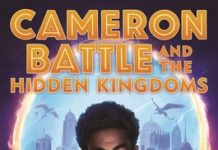