On Tuesday evening, Ann Arbor Public Schools announced that they will be delaying the return to in-person schooling for students grade 4-12.

The district cited in their announcement that the decision to delay classes was based on spring break and the rising COVID-19 cases within the community.

“The number of new cases, currently at 246.3 per million, places Washtenaw County again at Level E, the highest risk category according to the MI Safe Start Map, and at ‘High’ transmission within the CDC risk levels for operating schools,” wrote Superintendent Dr. Jeanice Kerr Swift on Tuesday.

Fourth and fifth-grade staff are scheduled to return April 14 through 16, while students can expect to be back by April 19. Grades six through twelve will see their staff returning April 21 through 23, and students are returning April 26.

Initially, fourth and fifth-grade students would have returned with Third graders on April 12. Students in grades 6 to 12 were set to return on the same day. With the latest amendment, Fourth and Fifth graders have their return postponed by one week, and sixth through twelfth graders’ return is pushed back by two weeks.

In late February, the district, county, and local health departments pushed to get Ann Arbor-area teachers vaccinated against COVID-19. This allowed preschool, young fives, and Kindergarten students to return to classes on March 25.

AAPS cited the CDC guidance as a way to indicate why younger students were allowed back sooner. Younger children are less likely to spread COVID-19 in classrooms than older students. The guidelines also state that when schools in areas experiencing raising or persistent rises in COVID-19 case rates, the school leaders may amend reopening schools or even temporarily close them until levels in the community transmission stabilize.

AAPS has also paused all spring sports after more than 150 student-athletes were placed under quarantine and asked not to participate due to COVID cases and exposure. 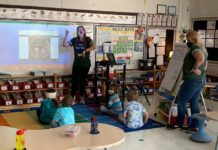 The Reality of the Return to In-Person Schooling 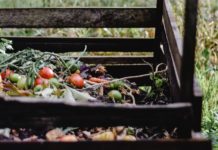 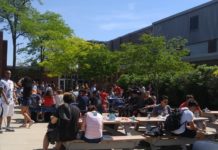