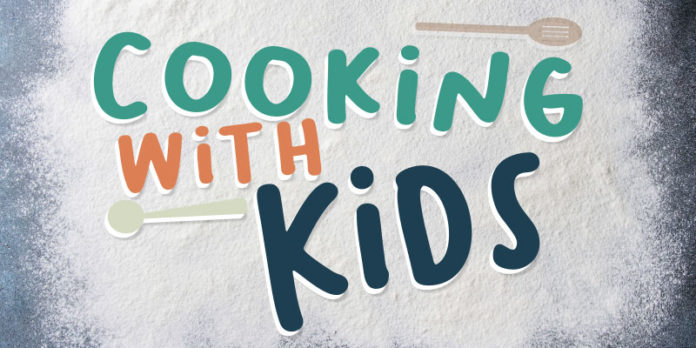 Cooking is no daily chore for these five area parents, who enthusiastically chop, blend, sear, steam, broil and bake their way to delicious food for patrons, students and their own families.

When and why did you start cooking?
I started when I was in sixth grade. My mom was sick (she’s a fourth stage ovarian cancer survivor) and I was the oldest of three girls and everyone had their turn with household tasks. I took charge of cooking and I didn’t know what I was doing. I was in the SkillsUSA Michigan Restaurant Association ProStart team in high school and that sparked a passion for me to go to cooking school. I attended the Le Cordon Bleu College of Culinary Arts in Arizona.

Favorite food to make in the kitchen with your child?
Pancakes, it’s the best part of cooking! We get flour from Zingerman’s and we cook down fresh fruit and use Michigan maple syrup. Food invokes memory with the smell, the touch and the look of it. To be able to make something as simple as pancakes special for somebody that you love is the best part.

Advice for others to include their kids in cooking at home?
Start young and incorporate as much flavor into the food as you can. Let the kids touch, smell, and hold the food, and allow them to be curiou.

Favorite Thanksgiving dish and why?
The cranberry sauce; it was the very first thing my grandma allowed me to cook in her kitchen after I graduated from culinary school.

When and why did you start cooking?
I’ve always had a love for food and have been cooking meals at home for my family for as far back as I can remember. Professionally, I started cooking when I opened my first restaurant and learned how hard it would be to hire a chef in Ann Arbor. My love for cooking professionally was born out of necessity. Now, I have talented people running my kitchens but I am still involved in every culinary decision at each of our restaurants.

Favorite food to make in the kitchen with your child/children?
Mickey Mouse Banana Walnut Pancakes; they’re both fun and healthy at the same time.

Typical weeknight dinner?
The criteria for a weeknight dinner at the Farah household are that it must be delicious (obviously!), healthy, clean and versatile, so that I can get a number of meals out of my prep for my husband and my two boys. Being that I have a professional cooking background I tend to cook at a commercial scale, even at home. My favorite meal this week was Turkey Meatloaf with Cauliflower Rice.

Favorite Thanksgiving dish and why?
I’m a big fan of the symphony of the traditional Thanksgiving plate. There’s nothing like the perfect combination of turkey, gravy, mashed potato, stuffing and cranberry all in one bite. My mouth is totally watering!

When and why did you start cooking?
I was a bassoonist in the Royal Air Force Band in Norfolk, England. After realizing that my life as a bassoonist meant playing the same pieces over and over again for the rest of my life, my home economics teacher Mrs. Williams recommended I get into cooking. At 13, I applied for a culinary apprenticeship and soon enough I was working in Michelin starred restaurants. I knew I had found what I wanted to do for the rest of my life.

Favorite food to make in the kitchen with your child/children?
Making and rolling pasta. By the time the water is boiling, my kids can have the pasta rolled and ready! As picky eaters, I find that if they have their hands in the game, they are more willing to eat the food we make.

Advice for others to include their kids in cooking at home?
My advice is to not think of the labor that goes into it, but the life skills learned and the time spent together as a family. By teaching them how to do it and what’s going into it, so there’s no illusions to the foods for them. Additionally, I’d rather have them making a mess in the kitchen, spending time with me and learning something than making a bigger mess with their toys in another room.

Favorite cooking story?
My kids love cracking eggs and making “scrambled egg creations”. They go through the spice cupboard and add everything from cinnamon to pepper, and then ask me to scramble it for them and try it. It’s usually pretty revolting on my end of the deal, but they find it quite entertaining.

A few months ago both of my boys decided they wouldn’t eat eggs anymore. I turned it into a game and had them try eggs five different ways and they had to pick their favorite. They picked toast soldiers (toast strips with a soft boiled egg), which they now love to eat!

Favorite Thanksgiving dish and why?
Stuffing! There are so many things you can do with it. As a Brit, Thanksgiving was not something that was on my radar until we came here. To me, the magic of Thanksgiving is the family coming together around a beautiful meal, which makes me nostalgic for our British Sunday roast dinners.

When and why did you start cooking?
I got a business degree in college but found out I could cook for a living and I was really good at it. I am self-taught and worked at some great places like Union Square Cafe in New York and as a chef at Zingerman’s Deli. I named Logan’s restaurant after my son so I would never lose sight of the fact that I was doing it for him. It takes a lot of dedication and sacrifice to be a chef and to also raise a family.

Favorite food to make in the kitchen with your child?
For home cooking fun I make a “Rectangarito,” which is a burrito in the perfect shape of a rectangle seared on each side. It is vegetarian for my wife, and has what my son wants and what I want.

Advice for others to include their kids in cooking at home?
Give them their own space. When Logan was younger, I had a stool for him. I set up his own little station, gave him a mortar and pestle and let him mess around. Now that he is older, he has zero interest in restaurants, but he loves food and worked at Chow this summer.

Favorite cooking story?
Our French Bulldog, Dozer, is always in the kitchen when I am cooking so I asked my wife for a high chair for my birthday for the dog so he can watch me cook. Logan’s a little jealous and I think the dog is quite impressed with it.

Typical weeknight dinner?
We eat at 11 p.m. when I get home and I usually cook three different meals. I rarely cook the same thing and my family is good about giving me free reign in the kitchen.

Favorite Thanksgiving dish and why?
Gravy. I always start beforehand and use chicken and duck to make fresh stock. My brother and I both put together the meal and usually it’s traditional but a couple years ago I did a huge Shabu-Shabu, a Japanese hotpot dish.

When and why did you start cooking?
I am from a big Italian family and that is just what we always did. I started Cooking Club 16 years ago in Ohio when our elementary school wanted to start after school programs. When I moved to Michigan, I started offering Cooking Club here.

Favorite food to make in the kitchen with your children and cooking club?
My kids and I have always loved cooking together and now that they are older, we have cooking competitions. We recently had a pizza cook off but our favorite tradition is our Black Friday Thanksgiving Leftover Cookoff. My cooking clubs have a cooking competition every spring and a cupcake war for middle schoolers.

Favorite cooking story?
My favorite story out of all my years of cooking club was a young boy who was struggling with sensory issues. He wanted to be in cooking club so badly but could not bring himself to touch the food. His older brother came to class to be his brother’s hands every week after school until well into high school. This just reminds me of how cooking not only brings people together but really brings out the best in everyone.

Advice for others to include their kids in cooking at home?
Trust their abilities, be patient and don’t be afraid of getting a little messy. Give them jobs like peeling carrots, washing produce, stirring and measuring. It’s more important that they are in the kitchen with you than having a picture perfect meal.

Favorite Thanksgiving dish and why?
Cranberry Apple Orange Relish. It is a very simple raw relish that I have made with my kids since they were very little. Even though they are older, we still make it together every year. 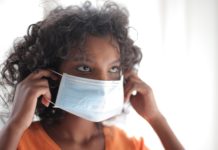 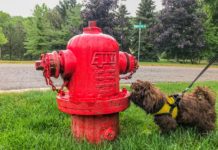 The Coronavirus: Going to the Dogs 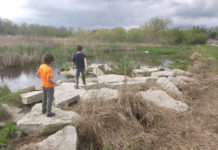 The Best Hikes for Little Legs 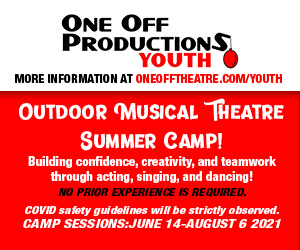