Explore the world’s holiday traditions with your little ones.

We are in the midst of the holiday season: November through February is a time of celebration for cultures all over the world. While we hear a lot about Christmas, it’s also the time of year to celebrate Hanukkah, Kwanzaa, Las Posadas, Diwali, and the Chinese New Year.

Not sure what some of these holidays are? Learn with your child (and support your local bookstores) by picking up a few of these popular children’s books. You might just find yourself starting a new tradition!

Also known as the Festival of Lights, this five-day festival celebrated by Hindus, Jains, and Sikhs began on November 14 this year.

Binny explains what Diwali is to her classmates in this heart-warming story.

This board book is a part of the series, Celebrate the World, highlighting special occasions and holidays across the globe.

The Diwali Gift By Shweta Chopra

This award-winning story shares what makes Diwali special through the eyes of three curious monkeys.

This book is a fun introduction to the Hindu festival of lights.

This year, Hanukkah is celebrated from December 10 through 18, honoring the rededication of the Second Temple in Jerusalem.

Hanukkah Bear By Eric A. Kimmel

This award-winning book is about an adorable bear awoken out of hibernation by the smell of Bubba Brayna’s legendary latkes.

This delightful new book is about a family that will be celebrating both Christmas and Hanukkah for the first time.

The Littlest Candle: A Hanukkah Story By Rabbi Kerry Olitzky

The smallest candle in the box hopes to be chosen as the shamash in his family’s menorah.

The Story of Hanukkah By David A. Adler

This board book tells the story of the great miracle that Hanukkah celebrates.

Las Posadas is a Mexican festival commemorating Mary and Joseph’s search for shelter before Jesus’ birth, typically celebrated between December 16 to 24.

The Night of Las Posadas By Tomie dePaola

This tells the story of the procession of Las Posadas, and the miracle Sister Angie witnesses.

Nine Days to Christmas: A Story of Mexico By Marie Hall Ets

The 1960 Caldecott Medal winner tells the tale of Ceci’s excitement about Las Posadas, the traditional nine-day series of yuletide celebrations.

This story shares how Christmas is celebrated in the Latino tradition and Las Posadas’ role in that tradition.

Always celebrated on December 25, this holiday commemorates the birth of Jesus Christ.

Sure to be a Christmas classic, this playful book describes little Gary as he anxiously awaits the coming of Santa Claus.

This book is about Christmas baking and holiday traditions and includes a recipe for Santa’s favorite cookies.

The Crayons’ Christmas By Drew Daywalt

Part of the #1 New York Times best-selling series, this unique book focuses on the joy of gift-giving.

The Night of His Birth By Katherine Paterson

This award-winning book tells the story of Jesus’ birth in poetic form.

Celebrated from December 26 to January 1, Kwanzaa celebrates the African-American culture and was originated by Dr. Maulana Karenga.

This story includes facts and critical thinking questions about Kwanzaa to engage its readers.

This story of seven brothers in an African village teaches Nguzo Saba, the “seven principles” of Kwanzaa.

The Story of Kwanzaa By Donna L. Washington

In addition to teaching about Kwanzaa, this book includes activities such as making your own cow-tail switch and baking benne cakes.

Together for Kwanzaa By Juwanda G. Ford

Kayla is worried a snowstorm will keep her brother, Khari, from making it home to celebrate the festivities of Kwanzaa.

A celebration of the new year on the traditional Chinese calendar, this season’s celebration date is February 12.

Home for Chinese New Year: A Story Told in English and Chinese By Wei Jie

This unique book about a father traveling home to be with his family to celebrate the Chinese New Year features Chinese alongside English on every page.

How to Catch a Dragon By Adam Wallace

A part of the New York Times bestselling series, this book features a group of children chasing a dragon through the Chinese New Year celebrations.

This board book is the fourth in the Celebrate the World series and shares the many names for this celebration: the Chinese New Year, Spring Festival, and Lunar New Year.

As Ruby travels to her grandmother’s to deliver a special card, the twelve Chinese zodiac animals help her along the way. 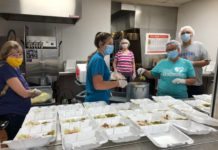 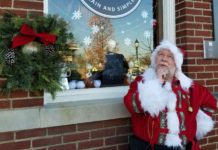 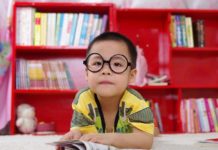