Saying No is hard work, even for adults. It can be tough to teach anyone when it’s okay to say no. Jenny Simmons wants to help children and adults know that you can say no, and it’s absolutely okay.

We had the chance to speak with Simmons on her latest work, I Can Say No. This work aims to help both children and adults know that you can say no and it’s okay.

Ann Arbor Family Press (AAFP): Can you tell us a little bit about your latest book, I Can Say No?

Jenny Simmons: I Can Say No teaches children that learning how to say NO is a superpower. Whether that is saying no in big ways, like bullying or someone invading their personal space, or in small ways like turning down an invitation you aren’t interested in, I want children to know that it is ok to say no.

We live in a culture that often emphasizes being a people-pleaser, hustling beyond our limitations, and caring for others at the expense of valuing ourselves. When we teach children to operate this way in the world, we teach them to devalue themselves at the expense of others. I hope this book will be a helpful (and fun) jumping-off point for educators and parents to have conversations with kids about the importance of saying no to create boundaries that honor and protect children’s time, desires, goals, values, and personal preferences. Learning to say a respectful and confident NO sets a child up for success in every area of life.

AAF: What was the inspiration for your book?

Jenny Simmons: My daughter came home in 3rd grade and told me a certain boy was chasing her on the playground at recess and telling all the other boys that when he caught her he was going to kiss her. She was horrified! I asked her what she would do if he caught her and I’ll never forget her reaction. She said, “I don’t know… I don’t want to hurt his feelings and I don’t really know how to stop him if he catches me.” After I got over my initial moment of parenting panic, I told her that while it may hurt his feelings, her feelings mattered too. And that no one was ever allowed to touch her without her consent. She had every right to say NO and needed to say it loud and clear. Then she said, “Yeah but how, like do I just scream it at him?!” I realized she needed practical help in learning to say no. We needed to practice!

So we stayed in bed role-playing a dozen different ways she could get out of the situation with a strong and confident no. I walked away knowing that if my child didn’t know how to say no and felt bad for doing so — even though she was clearly not interested in his offer, that other children (and adults!) probably had similar experiences. As she went through elementary school she was often saying things like, “I don’t really want to go to this birthday party, can I just tell her we are going to be out of town?” Nope. Learning to say no is hard work because it requires honesty and sometimes having difficult conversations, but I knew she needed to learn now and not twenty years from now.

So I wrote a series of books to address the most important words children need to know how to say and provided as many examples and situations as I could to teach children that there are a lot of different reasons and ways to say no.

AAFP: Do you struggle with saying “no”?

Jenny Simmons: Yes, yes, yes! I’m a huge believer in therapy and every week I tell my therapist, “I feel like a total con artist…how can a woman who has such a hard time saying no write a book about it?!?” As a singer-songwriter, I spent nearly two decades on the road as a musician and what I know to be true about songwriting is that you don’t write what you know, you write what you are growing into. The same is often true for books. You don’t always write them because you are an expert. Often, you’re learning the same hard lessons. I started learning to say no as an adult and that was way too late. I do not want my daughters, or any child, to become an adult who doesn’t know how to honor themselves, their boundaries, their time, or their goals because they are too busy saying YES to everybody else’s life. I think every parent sees a part of themselves that has caused them to suffer and decides they want to give their child a better way.

This book is me giving my daughter’s a better way and that starts by teaching them that their voice, opinions, desires, and dreams matter enough to value and protect just as much, if not more, than the way they would value and protect a friend’s. This book is for kids, but I have a feeling a whole lot of parents out there need these words too. Saying yes when we want to say no often leads to resentment, exhaustion, and delayed progress on our own dreams. Learning the balance of honoring ourselves after we’ve spent a lifetime taking care of everyone else first is hard. But I am practicing it everyday and learning that NO is a complete sentence. I don’t have to explain, defend or unpack my no… I can simply say, “Thanks for thinking of me but I am going to pass,” or “No thank you.”

AAFP: What advice would you have for parents who are trying to teach their children about saying no?

Jenny Simmons: Kids need empathy, permission, and practice when it comes to learning how to say NO. I think it’s important as parents to realize that just because something seems easy or obvious to us doesn’t mean that is how our children are experiencing a situation. Anytime I start a sentence by saying (usually in a frustrated tone) to my girls, “Just do/say this ____it’s not that hard!” I’m not communicating to them that I understand and empathize with how difficult a situation feels for them.

So, the first step in teaching a child to say no is to let them know you empathize with how hard it feels to say no. Saying no feels hard! Get to the root of why they are nervous or apprehensive to say no. Are they afraid of losing a friend, disappointing a coach, or maybe they don’t want to miss out on something, or practically don’t know how to have a hard conversation? When you can get to the root of what is causing them to fear saying no you can begin to help them work through those fears. It generally doesn’t mean you can change the fear, but you can equip them to move through fear and see what is on the other side and help them focus on that.

Helping her see that if it wasn’t ok for it to happen to someone she loved, then it wasn’t ok for it to happen to her, was really helpful. Then we practiced putting her arm out, hand up, and saying “NO. Do not kiss me.” We practiced yelling NO! We practiced telling a teacher. We even made up a silly, “My body, my choice!” song. She did not like this role-playing exercise at first because it didn’t feel natural for her to say no yet, and she felt silly. But after a few days, she started to love it and it became a game. Now, nearly four years later, she has learned to value herself and feels free to say no when something doesn’t serve her. And, she is brilliant at doing it! Kids need empathy, permission, and practice when it comes to learning how to say NO.

AAFP: What do you hope parents, teachers, and children take away from this book?

Jenny Simmons: I think the little no’s in life matter. If your best friend wants you to spend the night but you just want to be at home with your parents, it’s ok to say no! It’s ok to turn down opportunities! It’s ok to say no to a friend who wants to cheat just a little. Or to eating food you don’t like or watching a movie you aren’t interested in. While the book makes it very clear that there are things we cannot say no to in life and that our no can never be used to bully someone or show someone disrespect, it also highlights the many little areas where a child might want to say no in their everyday lives and equips them to do so. Learning and practicing to say no in the every day, little ways matters. We teach kids to say no to all the big things but we overlook the no’s that create boundaries around our goals, values, and preferences. I hope people get a better feel for saying no in those areas. I also hope any child reading this book can see themselves in the pages and know they aren’t alone in this struggle. And most importantly, I hope children feel inspired as they realize that saying no to some things allows them to really follow their hearts and say yes to the things in life that bring them great joy.

AAFP: Is there anything else you’d like readers to know about you or your work that we didn’t already cover?

Jenny Simmons: I woke up in the middle of the night with the idea and name for this book on my lips. It doesn’t usually happen that way, but I am a person of faith and this felt like a rare and inspired moment that was beyond me. I wrote three books in one quick sitting and sat there staring at the screen thinking, “Oh my goodness. I think I just wrote the most important thing I’ve ever written.” Several hours later as I was drinking coffee and reading the New York Times, an article came through called “The NO Club.” I was shocked! The article talked about how much more is asked of women than men in the workforce and how women have a really hard time saying no to requests outside of their agreed-upon work hours. These were requests that men would not even consider taking. So three female professors at NYU started a NO club to help one another talk through the yeses and no’s they faced in the workplace and to strategize how to deliver a healthy NO.

I was so inspired by this idea that I made it a part of the book and included a NO Club start-up guide in our pre-order bundle (available on icansayno.com between February 25 until March 3). My hope is to see NO Clubs pop up at schools across the country where kids can practice their no’s just like these NYU professors. Maybe one day there will be fewer adult clubs if we begin to teach children how to confidently and wisely protect their time and energy and learn to say no now when they are young.

For more information on Jenny Simmons and her latest book, check out her website. 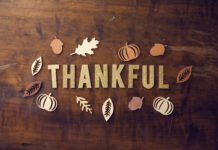 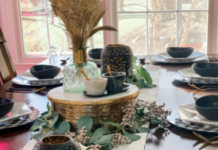 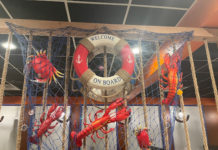